McLaren Automotive (formerly known as McLaren Cars) is a British automaker founded by Bruce McLaren and is based at the McLaren Technology Campus in Woking, Surrey. It produces and manufactures sports and luxury cars, usually produced in-house at designated production facilities. In July 2017, McLaren Automotive became 100% owned by the wider McLaren Technology Group.

McLaren’s Formula One founder Bruce McLaren was born in 1937, McLaren learned about cars and engineering at his parent’s service station and workshop in his hometown, Auckland, New Zealand. By 15, he had entered a local hill climb in an Austin 7 Ulster; winning his first race in the car. In 1958, McLaren arrived in United Kingdom with the ‘Driver to Europe’ scheme, intended to help Australian and New Zealand racers to compete in Europe. His mentor, Jack Brabham introduced him to Cooper Cars, a small team based in Surbiton, Surrey. Auspiciously starting to his F1 career in 1958, McLaren joined the F1 team a year later. That same year, he won the US Grand Prix at age 22, making him the youngest Grand Prix winner to that date. He stayed with Cooper for a further seven years, winning three more Grands Prix and other races, driving for Jaguar and Aston Martin, winning the 24 Hours of Le Mans in 1966 with Ford.

McLaren founded Bruce McLaren Motor Racing in 1963. A year later, the company built the first McLaren race car – the M1A; 24 were produced. Its successor, the M1B, allowed McLaren into the Can-Am championship and emerged the dominant victor with 43 victories, almost three times more than rival Porsche. In 1965, the first McLaren F1 car, the M2B, debuted at the Monaco Grand Prix.

After his victories and time in the F3, McLaren was designing and testing a prototype M6GT-registered OBH 500H, a light sports car with an estimated top speed of 165 mph and zero to 100 mph time of eight seconds. However, McLaren died in a car accident in 1970 before the prototype could be completed. 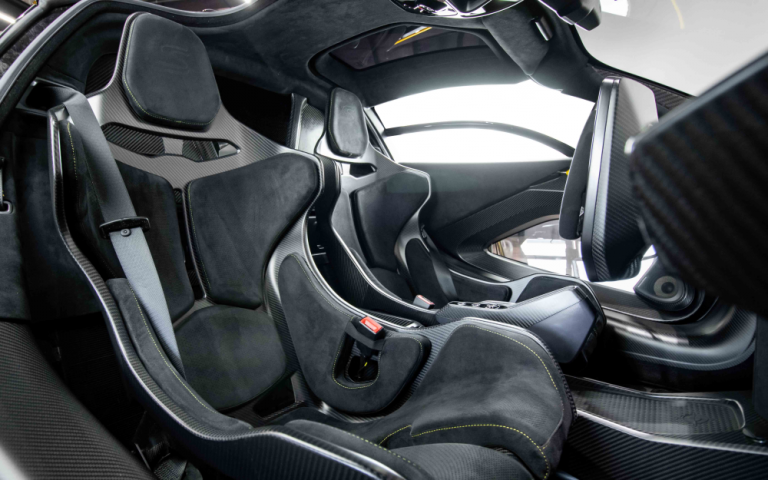